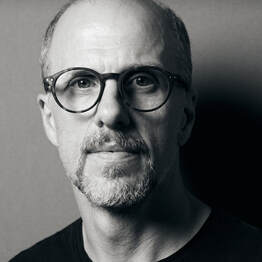 Having been nearly robbed by monkeys on a mountain in the Sichuan province of
China, documented the claimed location of the Ark of the Covenant in Aksum Ethiopia,
photographed the rituals of Semana Santa in Antigua, Guatemala; Ryann Cooley has
many stories to share. He says that his travels as a documentary photographer to over
50 countries have helped shape his ideas. Additionally, his years of advertising and
editorial work in New York City–with clients including American Express, Intel, InStyle,
and Vibe magazine–further refined his skills. In his current practice, Cooley classifies
himself as a conceptual artist and educator working in a blend of mediums challenging
the boundaries of photography. His work–which includes photography, mixed-media,
sculpture, and immersive installations–exists on the fringe of photography, examining
the relationship between a viewer and the image.
Ryann Cooley graduated from Brooks Institute of Photography in Santa Barbara, CA,
and received his MFA in Photography, Video, and Related Media from the School of Visual Arts, in New York City, NY.
​Cooley is a Professor of Photography and Digital Media and the Chair of the Department of Art at Houghton College in Western NY.
Comments by Judy Barie, 2019 Juror
As I viewed Ryann Cooley's work, I was struck by their sheer beauty and alluring use of materials. These portraits, covered in glass tubes, are not of one individual person, but of several people who share commonality. His work becomes an interactive piece for the viewer, discovering an upside down image, only to be seduced through the glass by the correct alignment of the portrait. The works are original, well crafted, wall sculptures elevating photography to another level. I think the best is yet to come for Ryann Cooley.